Antibodies in the colostrum are a decisive factor for the future milk yield of a heifer calf.

Colostrum is vital both for health and rapid growth during the first months of the calf’s life. Trials have shown a direct connection between optimized colostrum management and a higher milk yield later, due to the positive effect of the colostrum on the development of the heifer’s udder and later milk yield.

In every herd, the content of antibodies in the colostrum varies significantly between cows. If the colostrum is given directly from mother to calf, the calf’s immune system will reflect the colostrum quality – and the result becomes random. Also, the calf's ability to absorb antibodies reduces every moment after the calf is born. 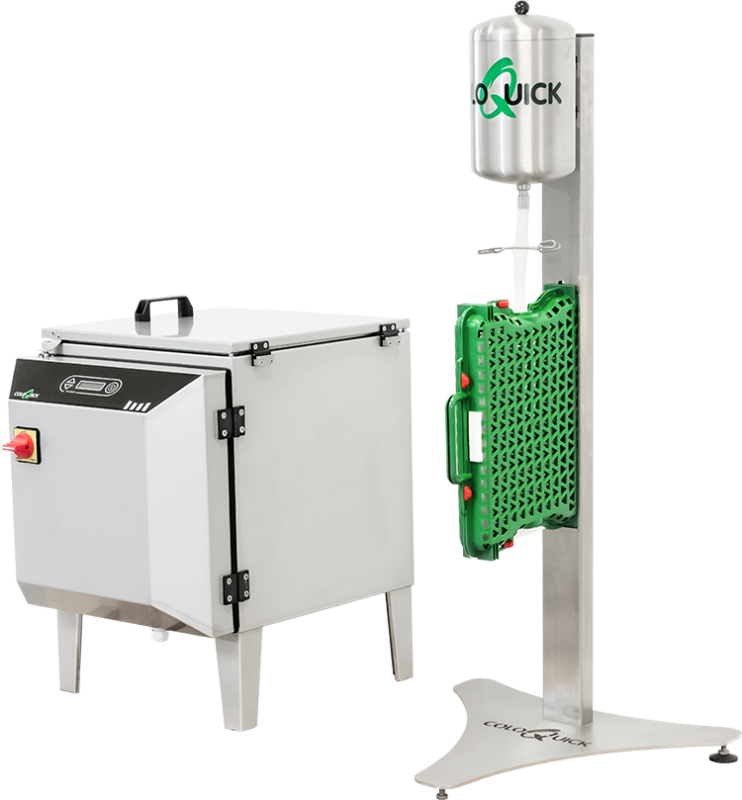 When using coloQuick, all colostrum is tested in advance and only the best quality is put in the freezer. When a calf is born the colostrum is thawed quickly and gently, using the water bath.

Providing colostrum within the first hour of the calf’s life substantially increases the future milk yield and hereby future earnings.

coloQuick is easy to use:

All fields are compulsory